SC GEOS LP Speaks out about the YES reasons to study in U.S. schools.

“LET THE PRESENT TEACH US TO ACHIEVE BETTER IN THE FUTURE”

LET’S FOCUS ON THE YES reasons to study in the U.S.!  The news is avid on focusing all the NO’s as to why the U.S. is not the hottest destination for international students these days, but here at Sprachcaffe GEOS Languages Plus, we prefer to highlight all the reasons why, in fact, studying in top destinations such as NYC, BOSTON, LOS ANGELES AND ORANGE COUNTY is still a great decision to make for students’ future endeavors.

Let’s not let a few weather scares, a stronger dollar and one man trump our decision to study in the U.S. Whatever the news wants to make of it, it is undeniable that the U.S. is still a prime English learning destination and that studying in the U.S. still holds a significant amount of status. YES! Some of the most valued universities are in the U.S.; our locations are all based in these locations where such names as Harvard, University of Maine, Marshall University, Colorado State University and Orange Coast College, just to name a few,  are nearby, and YES, we have pathway partnerships to over 20 of them across the country! pathways_ett_@geos_dot_.net

YES, entertainment is also a great reason to decide where to study. Take, for example, our location in New York City, the city that never sleeps is also full of  social history as well as being the economic capitol of the world. Students are embraced with a rich academic and cultural environment that allows one to thrive in whatever specialties and degrees a student chooses as their path. The same can easily be said about our Los Angeles–Torrance location, where the city boasts the most iconic athletes and sports teams.

YES, scholarships are also awarded to international students for outstanding athletic achievments. Going through our Pathways Program will give you the necessary foundation of the English language to be able to fairly compete and succeed alongside native speaking candidates once in a post secondary program.

YES strong and prominent educational & professional opportunities. Upon succesful graduation from these programs students have an upper hand as far as accessing worldwide professionally accepted achievements. ‘oh, you studied in the U.S.? YES! I would love to hire you!”

YES, flexible and progressive attitude towards lifestyle  decisions. Take California, where our Costa Mesa, Orange Country  and Torrance, LAX schools are located. One of the unmentioneable’s most hated state...why? because it is just too embracing and accepting of diversity, sexual orientation,  laid back and  compassionate. Sounds like a place that one can truly be themselves...well, SC GEOS LP loudly says YES! to that.

Financial Controller of Sprachcaffe GEOS Languages Plus, Josephine Buttner, speaks about how she is in awe every time she visits any of our 4 U.S. schools:

“Every time I visit either NYC, Boston, Torrance or Costa Mesa schools, I try to add on a vacation portion of my stay since there are just so many great things to do. I have been to Broadway shows in NYC, driven on route 66, visited Hollywood Hill in L.A., eaten the best oysters in Boston, and experienced the awesome surfing in Huntington Beach. Work Hard, Play Hard; this is the U.S. for me .YES, I am always excited, professionally and personally to visit.”

After studying with SC GEOS LP in NYC, has got perfect score on TOEIC great job, Yuko! We are proud of you!

Our group from EMY, Spain enjoying a day out at Pacific Park!

YES! our group from Taiwan having a great and educational time at our SC GEOS LP Boston location.

Imagine an organization that supports and fosters leadership, mentorship, intergenerational learning, and dialogue in a safe and inclusive space where you can share knowledge and help others learn through collective experiences, successes and challenges and communicate that across the network....
Proud members of GLOW.ED!

FREE to Join until May 2018: www.glow-ed.com/glow-ed-membership-options 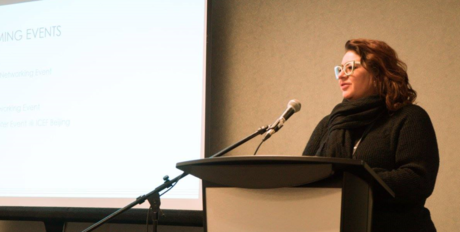 The men and women, company-wide, of SC GEOS Languages Plus are proudly joining as members of GLOW ED.